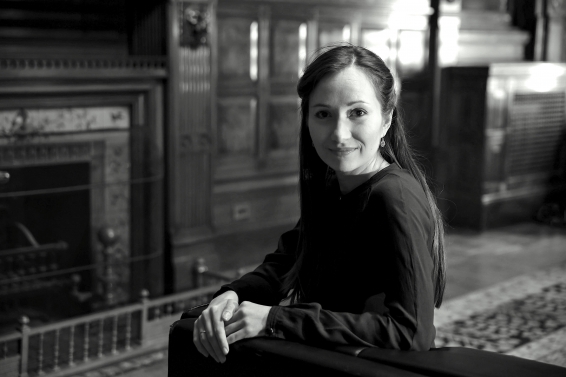 On October 3, in Giuseppe Verdi’s opera “The Masquerade Ball”, the guest page of Oscar will be performed by a guest performer - Evgenia Sotnikova (Germany)

Evgeniya Sotnikova was born in Russia (Kurgan). She studied at the Rimsky-Korsakov StateConservatory in St.Petersburg and was prizewinner of many competitions.In 2009 she was awarded the special Oscar und Vera Ritter-Stiftung Prize at theInternational Singing Contest of Italian Opera in Dresden. This led to her joining the operastudio of the Bayerische Staatsoper in Munich going on to join the Ensemble of theBayerische Staatsoper.She went on to make her UK debut with the Glyndebourne Touring Company, singing therole of First Wood Sprite RUSALKA, following this with Ilia in IDOMENEO, Leïla inLES PECHEURS DE PERLES and Soeur Constance in Dialogues des Carmélites for the StadttheaterKlagenfurt. At the Zurich Tonhalle she sang soprano solo in Stravinsky’s LES NOCES, conducted by David Zinmanand made a most successful return to the Bayerische Staatsoper as Jemmy GUILLAUME TELL for which she wasawarded the Festspielpreis of the Festspiele 2014. She sang at the Ruhrtriennale as Hadewijch in Louis Andriessen’sDE MATERIE. Later sang the title role of Rimsky-Korsakov’s SNOW MAIDEN for Estonian National Opera.She made her Italian debut in Stravinsky’s LES NOCES with the Accademia di Santa Cecilia, conducted byPablo-Heras Casado and her United States debut in New York’s Armory Hall as Hadewijch DE MATERIE bothwith great success. Her role debut as Contessa LE NOZZE DI FIGARO was in concerts at the Copenhagen OperaFestival and at the Malmöfestivalen and she then repeated the role in a staged production for the Malmö Opera.Later in 2017 she sang Countess in Estonian National Opera and made debut in Hamburg State Opera asJemmy.In 2017 she has sang in Bavarian State Opera parts of Jemmy and 1st Nymph again.Evgeniya has made her debut at Elbphilarmonie Hamburg in Silvesterconcert with Kent Nagano,later she hassang in Beethoven’s 9th Symphony with Symphony Orchestra in Innsbruck.Evgeniya made her debut as Despina in Bolshoi Theater in 2018.