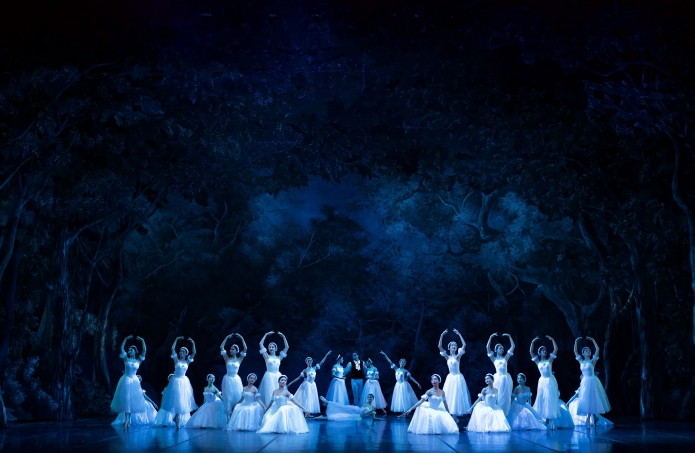 production of Abay KSATOB in a new choreographic edition by 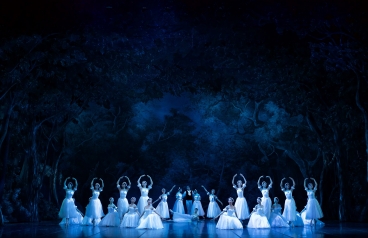 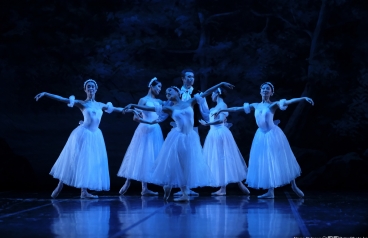 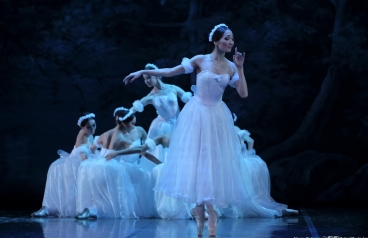 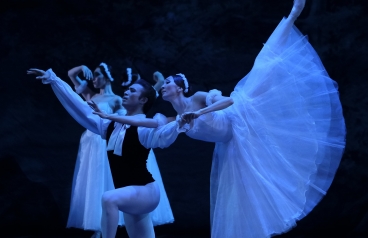 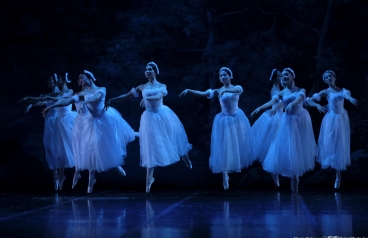 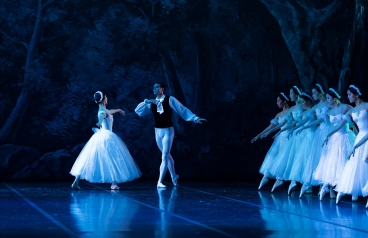 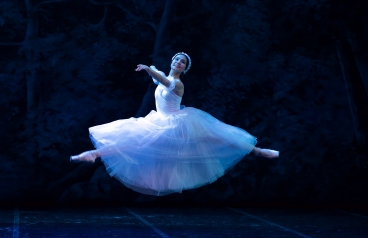 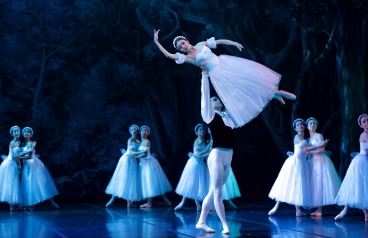 In my "Reverie Romantique" (a romantic dream as I called "Les Sylphides"), I tried not to surprise with novelty, and to return conditional ballet dance. By the time of its highest development. Whether our ballet ancestors so danced, I do not know. And nobody knows. But in my dreams they danced quite so. I put a series of separate compositions of Chopin as solo dances and ensembles. Maurice Keller orchestrated it. I inserted the waltz in A.K. Glazunov's orchestration from 1st "Les Sylphides" into the ballet. Twenty three Talyoni surrounded me …"

From the book by M. Fokin "Against the current"

The premiere of the performance at the Abay SATOB took place on Aprol  27,28, 2019, in one evening with two more premiers of ballets "Rediscovering Bach" and "Bolero"

"Chopiniana" are the ballet suite on Fryderyk Chopin's music. A plotless performance – ‘homage’ to a romanticism era with its eternal conflict between a dream and reality, elusiveness of the escaping ideal. Choreography of the ballet is made by so-called air dances in style of the romantic ballet of 30 — 40 years of the 19th century which it is accepted to call ballet blanc (the white ballet) by definition of the French poet of romantic school of Théophile Gautier.

The ballet master, by the language of plastic images expressed the mood characteristic to Chopin's music. In "Les Sylphides" everything is subordinated to a musical thought. The dance differing in noble simplicity and grace, following music from romantic pensiveness and melancholic grief to light, radiant pleasure, enters the viewer into the poetic dreamland of the composer.

The ballet "Les Sylphides" many times changed the name. Initially the author named it "Romantic Dreams", then in posters the performance was called as "The ballet to the sound of music by Chopin" or "Gran as a pas on Chopin's music" and " Les Sylphides ". Under this name the ballet was included into the repertoire of foreign ballet troupes.

The premiere of "Chopiniana" was held on February 10, 1907 at the St. Petersburg Maryinsky Theater within the charitable performance. On March 11, 1908 on the stage of the Maryinsky Theater, the second edition of the ballet which became classical, repeatedly reproduced throughout the 20th century in many theaters of the world was shown.

For the first time "Chopiniana" were delivered to Almaty in 1938 by Alexander Seleznyov and Leonid Molodyashin for pupils of the Almaty choreographic school. The premiere of the ballet was held on June 13, 1938 at the first reporting and indicative concert of school.

The value of "Chopiniana" in the history of world choreography is high. The performance is a standard of romantic style in the ballet, one of world masterpieces so far.

Despite the seeming simplicity of choreographic language, "Chopiniana" very difficult performance also demand from actors not only sure execution, but first of all sense of style, musicality, extreme ease of dance.