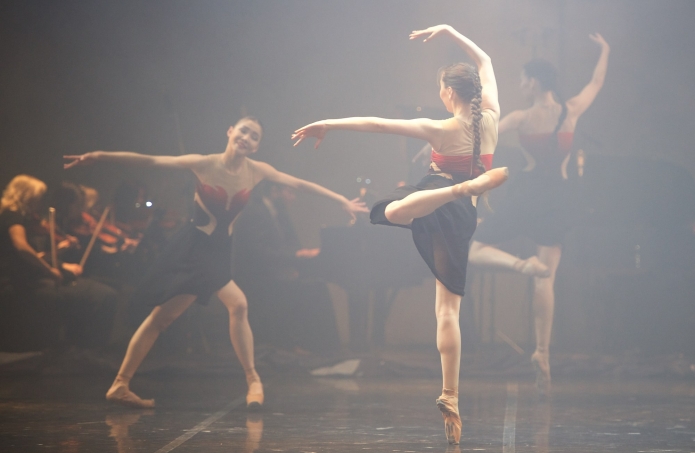 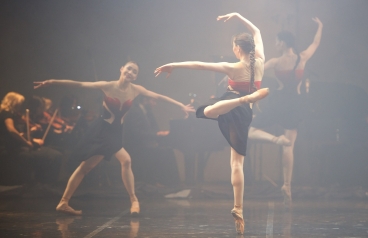 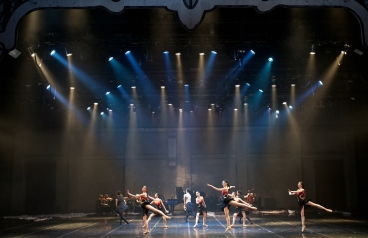 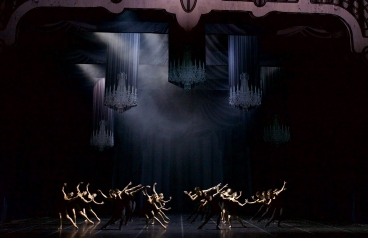 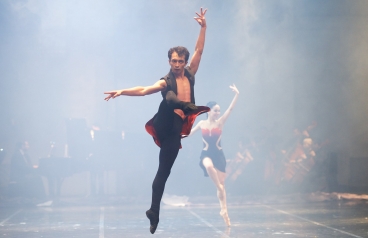 “For me this is a big experiment, because on the one hand I wanted to turn to the classicalrepertoire, and on the other, I destroyed the foundations and prevailing stereotypes. I am very pleased withthe creative process that we, together with the ballet, went through from the time the idea of ​​ballet was born,to the moment of creation and implementation of the whole choreography. The three parts of the pianoconcerto by I. S. Bach are three different states of ballet: the classical beginning in the first, a sense ofconfusion and search in the second, freedom and triumph of dance in the third part”.

"Rediscovering Bach" - the one-act plotless ballet put on one of the most popularpiano concerts of J. S. Bach.

Literally from the first notes a concert bewitches beauty of music, immersingentirely listeners in space of internal life.

Concert consists of three parts united by the general for all work dramacharacter. According to the ballet master David Jonathan, Bach's music opensabsolutely new depths of perception of the world. It admires with the nobility,shakes by dramatic nature depth, inspires by the greatness. The deep experiencesinitiated by power of music  in a body and demand a power splash throughcorporal reaction. Music as though touches strings of the tense muscles, passingthrough a body from within, escaping outside. At this moment of a unification, -the soloist, the ballet, orchestra, the conductor, the viewer appear alone with truesense of existence, alone with the world.

The ballet "Rediscovering Bach" - an abstract deconstruction of classicism. Bach's music remains the invariable uniting classical element, but unusual and unexpectedchoreographic language of dance, creates a hint of break of these roots. Everythingworks for a variety, manifestation, a statement and replication of distinctions which play a much bigger role in our life, than we got used to think. But where and asthere was no dispersal of the text on initial elements, the subsequent theirassembly, will be already on other, other basis. It is important to pay attention thatthis other basis does not need to be looked for somewhere out of this text or inother any text. Contains it, hides in himself the considered text.

The deconstruction of all classical should not be considered as somethingugly. Actually, it enhances beauty and force of dance.