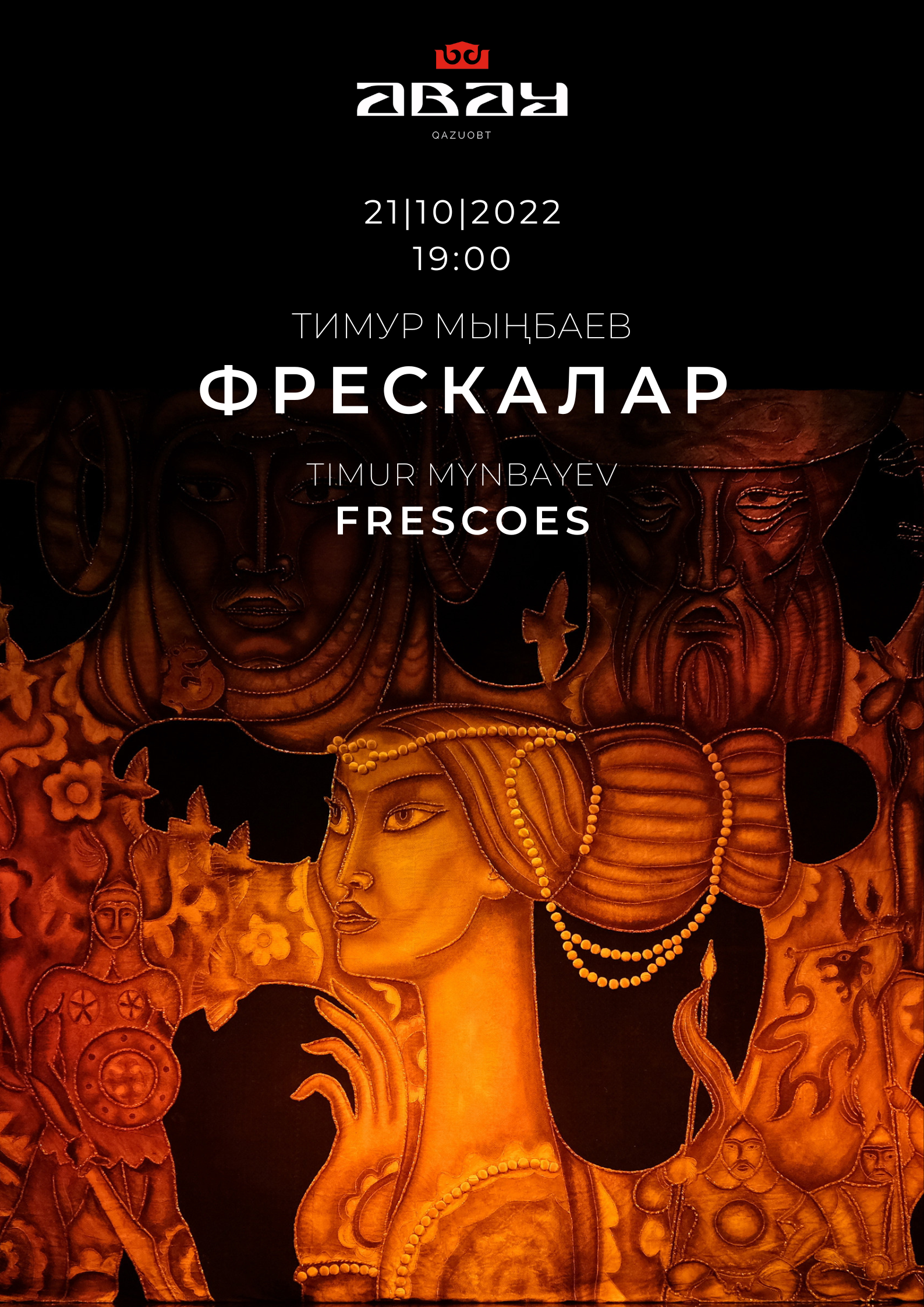 Choreography and libretto by People's Artist of the Republic of Kazakhstan, Professor Zaurbek Raibaev

The production of Timur Mynbayev in the choreography by Zaurbek Raibaev and the set design by Yevgeny Sidorkin "Frescoes" in the 80s of the XX century literally "blew up" the cultural community of the entire post-Soviet space, broke all theatrical foundations, crushed the ideas of most music lovers about what modern ballet could be like. The plot is based on Olzhas Suleimenov's poem "The Clay Book" in a poetic presentation, which tells about distant historical events that have come down to our time in the form of legends and tales. The libretto, written by the choreographer himself, presents the history, life, life of the ancient Scythians who inhabited the territory of Kazakhstan in the 4th-6th centuries. The plot of the stage action is represented by nine animated frescoes, sustained in the manner of the Scythian teratological style. Each fresco has its own name and poetic epigraph, which creates an emotional mood and expresses the very essence of the events being embodied. The reception of the pictorial solution served as the embodiment of the mosaic type of dramaturgy, where the whole is made up of the particular. The choreography of "Frescoes" is bright, imaginative, stuffed with the latest means of plastic vocabulary, where updated forms of classical dance, woven with elements of Kazakh choreography, are combined with expressive pantomime, elements of sports and acrobatics. The organic fusion of music, script, scenography, choreography puts the ballet "Frescoes" on a par with the best examples of world choreography.

The last time the ballet "Frescoes" took place on the stage of the KNOBT was in 2008. In the summer of 2022, the ballet returns to the theater stage, in a new stage solution from Vyacheslav Okunev, but in the classical choreography of Zaurbek Raibayev.

Symphony Orchestra, Ballet and Chorus of the Kazakh National Opera and Ballet Theater after Abay

Conductor - Yerbolat Akhmedyarov, Honored Figure of the Republic of Kazakhstan, chief conductor of the theater

*The theater has the right to make changes in the cast