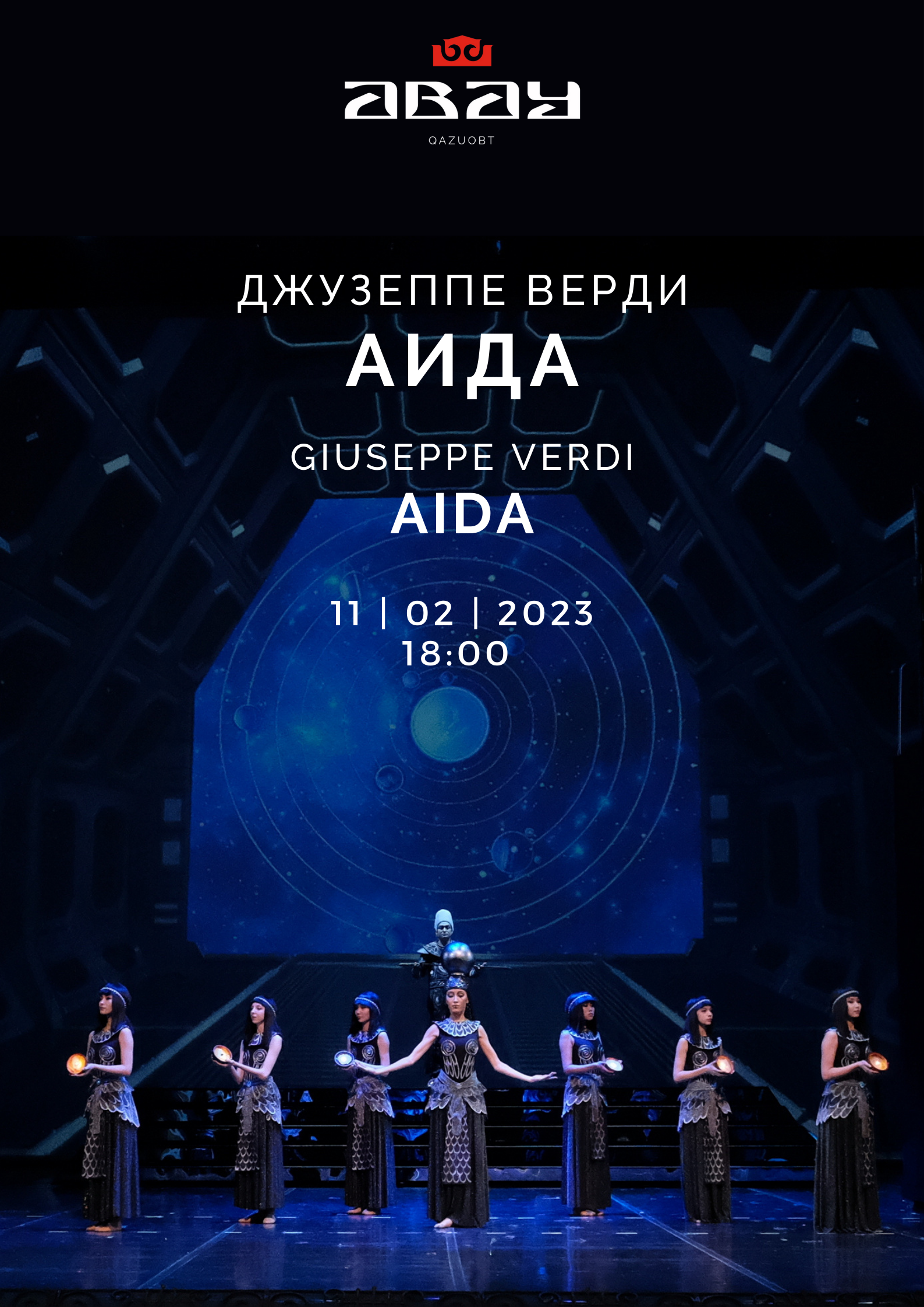 libretto by A. Gislanzoni after a script by F.O.F. Marietta

Opera performed in Italian with synchronized Russian and Kazakh subtitles

In 1868, the Egyptian government asked Verdi to write an opera on an Egyptian theme for the Cairo theater, which was to be built in 1869 for the opening of the Suez Canal. However, the composer only in 1870 agreed to take on the composition of "Aida". The short script was sketched by the French Egyptologist Mariette, who lived in Cairo. Du Locle took over the writing of the prose libretto in French, and on this basis Gislanzoni wrote an Italian poetic text. Verdi actively participated in the creation of the libretto. It was he who introduced the theme of loyalty to the homeland and the conflict between duty and feeling (Radames, Aida), as well as the idea of ​​condemning wars of conquest, enmity between nations.

History counts hundreds of different productions of this famous opera, in 2021, the Kazakh National Opera and Ballet Theater named after Abai will present the viewer a new chapter of the opera "Aida" in the scenographic decision of the artist - Vyacheslav Okunev and stage director Lyaylim Imangazina.

Aida, daughter of the King of Ethiopia Amonasro - Zhamilya Baspakova, Honored Figure of the Republic of Kazakhstan,

Conductor - Nurlan Zharasov, Honored Figure of the Republic of Kazakhstan

Artistic director of the ballet troupe - Gulzhan Tutkibaeva, People's Artist of the Republic of Kazakhstan