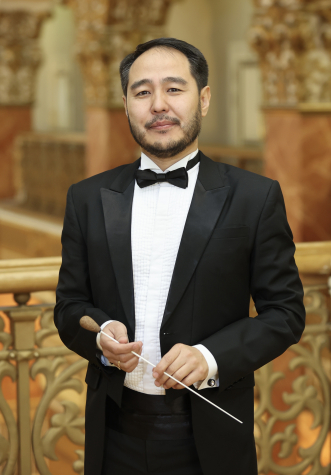 Since 2003 till present days - conductor in Abay Opera House

He is a guest conductor of the Tatar Academic Opera and Ballet Theatre named M. Jalil (Kazan city) and German Orchestra in Solingen, Raymshtad.

2010 held a solo concert of D.Nazarbayeva.

2011 held the International Ballet Festival Sterkh in Yakutia, Saha. In the same year, at the invitation of Turksoy, held a days of opera art in the cities of Mersin and Cyprus.

B. Asafiev "The Fountain of Bakhchisarai"

A. Melikov "Legend of Love"