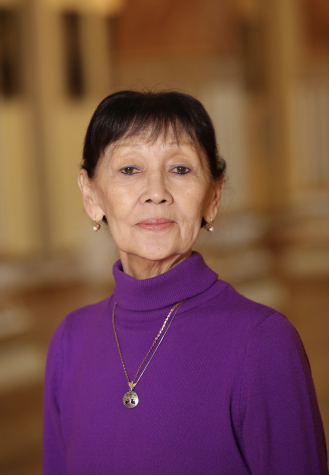 From 1968 to 1993 worked as a soloist of ballet at the young ballet in Alma-Ata, the State Ensemble of a classical dance under the direction of People's Artist of the Kazakh SSR Ayuhanov B.

She graduated from the Kazakh State Women Pedagogical Institute

In 1976 by the Decree of the Presidium of the Supreme Council Soviet of the USSR awarded by the medal "For Labor".