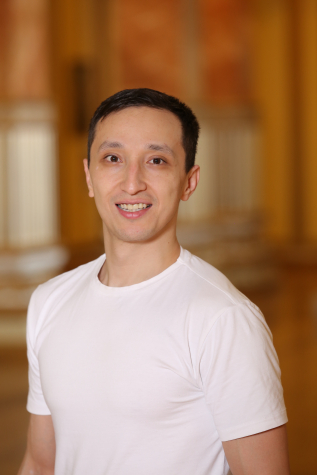 In 2008 he graduated from Almaty Choreographic College named after A.Seleznev.

Since 2008 he had been accepted in a ballet troupe of Kazakh State Academic Theatre of Opera and Ballet named after Abay.

Prince (“The Nutcracker” by P.Tchaikovsky)

Fool for Christ (“Juno and Avos” by A.Rybnikov)

Jester (“A Legend of Love” by A.Melikov)

Young man (“The Fountain of Bakhchisarai” by B.Asafyev)