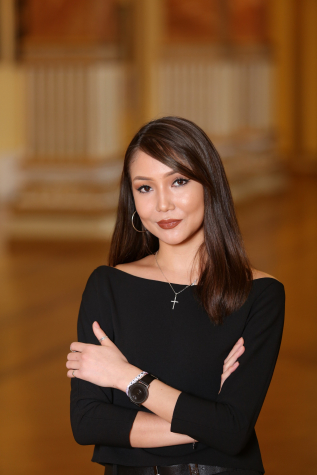 In 2017 she graduated from the Almaty Choreographic College named A. Seleznev

Laureate of the 1st and 2nd prizes of the "Orleu" competition,

The winner of the UNESCO Prize

Repertoire in the theater:

Zarema ("The Fountain of Bakhchisarai" B. Asafiev)