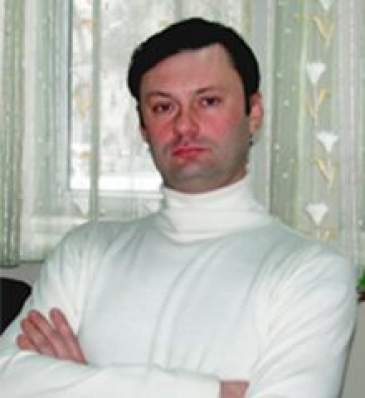 1982 - 1993 graduated in Almaty Choreographic College named A. Seleznev, the class of U. Mirseidov.

Member of international festivals ballet colleges in Perm, Russia in 1989, Minsk, Belarus in 1990 and as part of the delegation of Kazakhstan, with a group of college students, went on tour in Switzerland and the Principality of Liechtenstein in 1990-1991 .

Since 1992 artist of ballet troupe in Abay Opera House.

He is currently a teacher-coach of ballet troupe. Engaged in entries of young ballet soloists in the leading roles repertoires of theater performances . Holds a lessons of classical dance for artists of ballet. Laureate of the Foundation of the First President (2014). Owner of an anniversary medal "20 years of Independence of the Republic of Kazakhstan"

Vaclav, Giray Khan (B. Asafiyev "The Fountain of Bakhchisarai")

Vizier (A. Melikov "The Legend of Love")

The owner of a brothel (B. Bartok "Miraculous Mandarin")