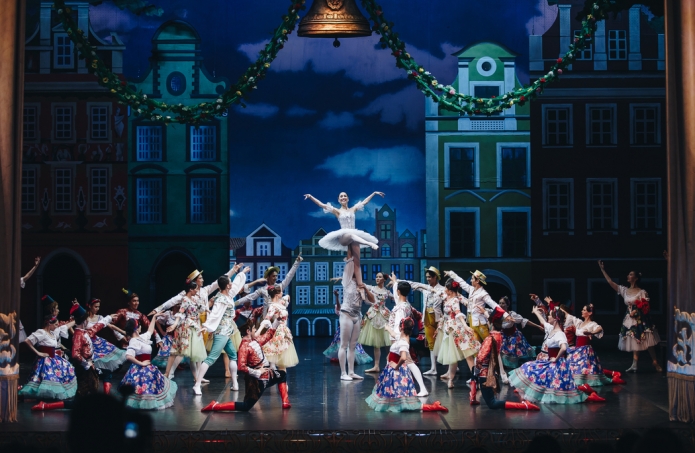 Based on the short stories by E.T.A. Hoffmann 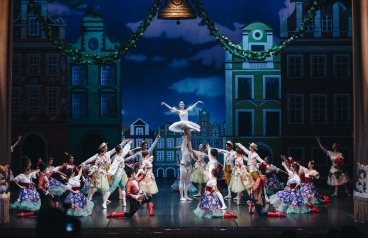 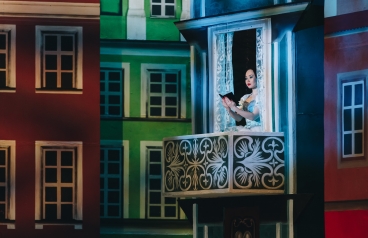 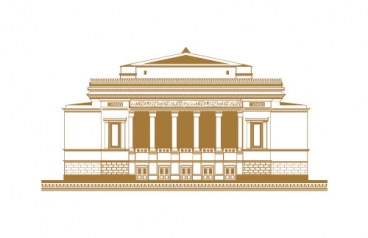 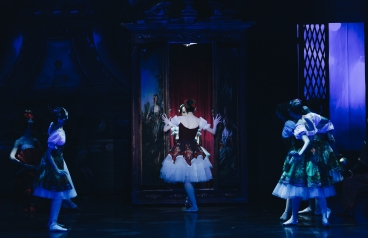 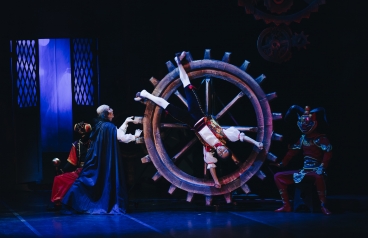 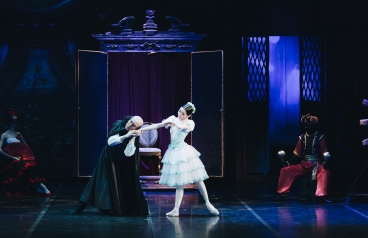 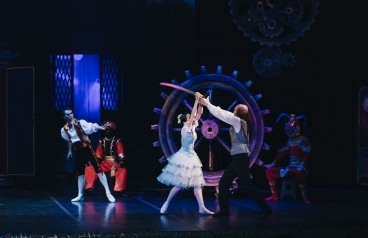 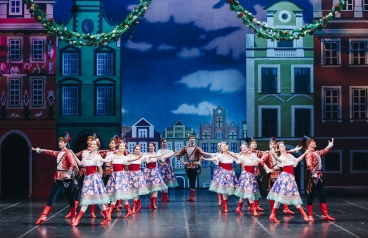 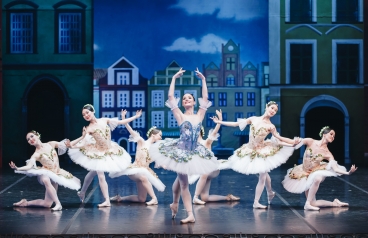 In the town square there are young lovers Swanhilda and Franz.

Suddenly, Coppelius appears, a strange eccentric, an alchemist, the creator of incomprehensible mechanisms. The townspeople are afraid of him. And young people often make fun of him.

Once again, during an evil joke, Coppelius decided to teach Franz and his friends a lesson. He brings to the square a mysterious stranger, into which all young men immediately fall in love.

Swanhilda remarks that Franz is also fascinated by an unknown beauty who recently settled in the Coppelius house. Swanhilda tries to draw attention to Franz, but without success.

Lovers have a quarrel. Swanhilda in a fit of jealousy starts a quarrel and decides to take revenge.Witnesses of disagreement are the townspeople who came to the square in anticipation of the holiday.Swanhilda in indignation, together with her friends, she decides to learn the secret of a mysterious stranger. The rival is called Coppelia. There is a noise in the Coppelius house. Reddish light shines through the glass. Several girls with fear are moving away from this strange house. Coppelius is a madman who constantly works. What for? No one knows; And who cares how to do this? At night the square of the town is empty. Coppelius is pleased to leave the house to relax in the tavern after a hard day's work. Swanhilda and her friends notice the key on the ground that Coppelius dropped. She persuades her friends to enter the house to find out who this beautiful stranger is!At this time, fascinated by Coppelia Franz, also decides to enter Coppelius' house.

In the workshop of Coppelius, there are a lot of books, instruments, puppetry.

The girls, inspecting the workshop, notice Coppelia and understand that this is a doll. Playing, girlfriends press the springs, and the dolls start moving.Suddenly, Coppelius appears and finds uninvited guests. He drives out the young mischief-makers.One Swanhilda remains in the Coppelius room, hiding in a closet. She has to dress up in the dress of Coppelia.An unsuspecting master examines his favorite creature - the doll Coppelia, which seems to him untouched.

At that time Franz climbed through the window. He goes to Coppelia, but he has a master of dolls. Franz tells him of his love for Coppelia. Then Coppelius decides to implement his long-standing plan - to revive the doll. He protects Franz with wine and sleeping pills. With the help of magic, the alchemist Coppelius wants to transfer to Coppelia the life forces of Franz. It seems that it works out - the doll gradually comes to life, dancing the Spanish dance and burning. She moves faster, starts to drop tools, wants to pierce Franz with a sword. With great difficulty, Coppelius sat the doll in place. Swanhilda with horror understands the plan of Coppelius and tries to wake Franz.

Franz wakes up and they, along with Swanhilda, leave the house. Coppelius understands that he was a victim of a joke, and falls exhausted amidst his machine guns, which continue their movements, as if later to laugh at the sorrow of their master.

The long-awaited holiday has come. Waiting for the raising of the new bell, the city square is filled with people.

The ceremony is opened by the Mayor. At the same festival, the bride and groom are happily greeted - Franz and Swanhilda.

Friends and friends greet a happy couple. Everyone is having fun and dancing.Only Coppelius can’t share the joy with everyone, in despairHe presses his disembodied dream to his chest ...

"Coppelia, or Girl with Blue Eyes" - a ballet to the music of the French composer Leo Delibes refers to the genre of the comic performance, rare on the ballet stage.

"Coppelia" is a recognized standard of classical ballet, which is included in the repertoire of almost all the famous theaters and ballet troupes.

Today, the original choreography of the ballet is almost forgotten, and the ballet continues to live, gaining new colors and new readings. The reason for this is the wonderful music of Leo Delibes, which brought the ballet theater to a new path. Music ceased to be a "servant of choreography", turning into an equal component of the performance. The art of the author was admired by P.I. Tchaikovsky. “What a charm, what grace, what riches melodic, rhythmic, harmonious,” wrote the great Russian composer.

The ballet "Coppelia" became a milestone in the work of the composer. He began working on it in 1869. In this ballet, the composer skillfully uses action films characterizing the main characters, which contributes to the dramatic unity. Ballet music is poetic, emotionally expressive, figurative and plastic. It clearly contrasts the world of living human senses and the world of soulless doll mechanisms.

In some dances (Polish Mazurka, Hungarian Chardash, Scottish Gigue, etc.), the composer uses the features of national folklore. The most vividly depicted by the composer is the image of Svanilda, capricious, playful, pensive, tender. The Waltz of Svanilda from Act 1 is the most famous ballet number, often performed on the concert stage in a vocal version.

This ballet has interesting classical and characteristic dances. And also a kind of pontomime.

The main storyline of this comic ballet, oddly enough, was taken from Hoffmann's completely gloomy short stories, mainly from Sandman. At Hoffmann, the young man’s hobbies with a doll end tragically - and in ballet - a happy ending.

Coppelia saw the light of the ramp in 1870. at the Paris Opera. Its creator was Arthur Saint-Leon - a choreographer, as well as a virtuoso dancer, an expert in dance folklore, a composer and violinist. His substantive interest in the "dances of the peoples of the world" caused the appearance in the musical score of such a yogaty "set" of melodies based on dance folklore.

Until the end of the IXI century, ballet was staged in New York, London, Brussels, Milan, Copenhagen, Munich, Moscow, St. Petersburg. The 20th and 21st centuries also paid tribute to this ballet, sometimes offering modern readings with a tragic denouement.

The ballet "Koppelia" was staged at the Abay GATOB in 1937 by the choreographer Yuri Kovalev. And after 80 years, May 20, 2017 “Coppelia” again became a wonderful decoration of the repertoire. Directed by Gulzhan Tutkibaeva, the ballet acquired new colors, combining classical and neoclassical choreography.